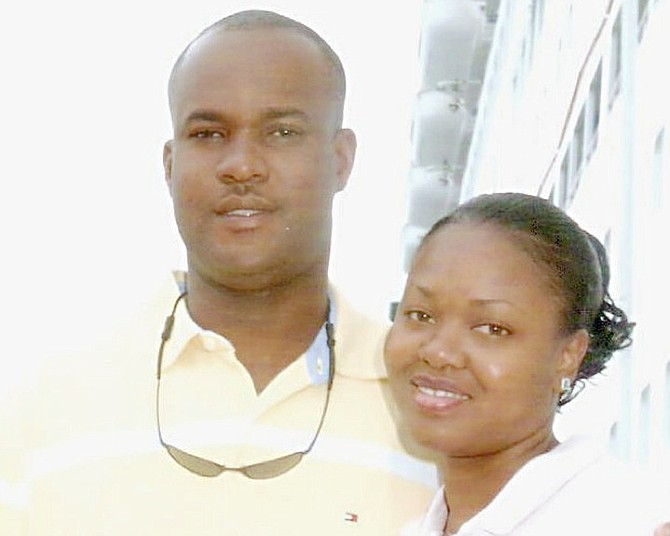 A relative of slain Deadman’s Reef couple Barry and Sheena Johnson told the Supreme Court her family continues to struggle with the pain of how they were “murdered and left like animals” three years ago.

Paul Belizaire was sentenced to 25 years imprisonment for the armed robbery of Barry and Sheena Johnson on Thursday in the Supreme Court in Grand Bahama.

In a lengthy opening address in the Supreme Court on Wednesday, a lawyer for one of three men accused of double murder insisted his client did not kill or rob the Deadman’s Reef couple found brutally murdered at their Grand Bahama residence in September 2015.

Corporal Gayshell Russell testified on Friday that murder accused Paul Belizaire was not beaten or threatened in her presence when he directed police investigators to where he and three others had gotten rid of the stolen truck and a set of keys following an armed robbery and murder in Deadman's Reef.

Witness testifies he was part of group in robbery

VIRGIL Hall told the Supreme Court yesterday that he was one of four men who went to rob “a drug boy” of $2m at a house in Deadman’s Reef on the night of September 12, 2015.

‘I asked him why he shoot the people’ says witness

Devaughn Hall was the instigator behind the armed robbery and the shooting deaths of Barry and Sheena Johnson at their residence in Deadman’s Reef, a key prosecution witness who was there on the night of the murders told the Supreme Court yesterday.

THE murder trial into the death of Barry and Sheena Johnson was adjourned to today when defence counsel objected to a Crown witness.One of the five men initially charged with the Deadman’s Reef double murder, but has since turned Crown witness, was e

Family member 'broke down in tears' after finding couple's bodies

HERMAN Johnson broke down after seeing the bodies of his murdered brother and sister-in-law at the couple’s residence in Deadman’s Reef on the morning of September 13, 2015, the Supreme Court heard yesterday. Mr Johnson had received the tragic news

FOUR men will be formally arraigned with the double murder of a Holmes Rock couple today in the Eight Mile Rock Magistrate’s Court.

THREE men wanted by police turned themselves in for questioning and are assisting officers with their investigation into the double murder at Holmes Rock, Grand Bahama.

Tributes to teacher killed alongside her husband

TEACHERS and students at the Eight Mile Rock High School are devastated by the tragic murder of Sheena Williams-Johnson, a well-loved educator who had a “promising career” in education.