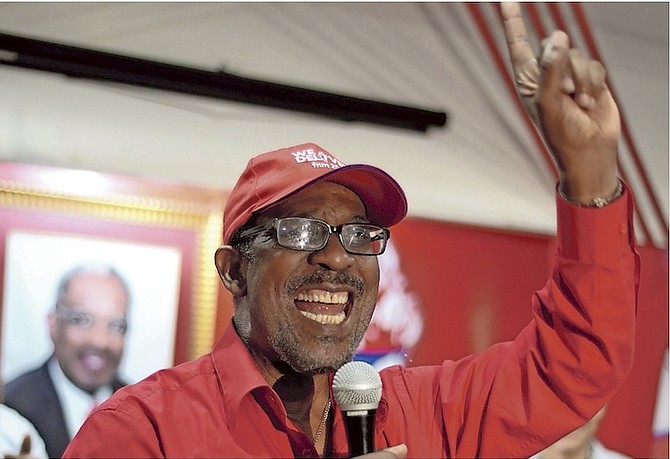 THE Free National Movement (FNM) is nearing the completion of its 2017 general election campaign lineup, with party Chairman Sidney Collie telling The Tribune on Friday that the organisation expects to ratify several Family Island candidates in the coming weeks.

FREE National Movement Chairman Sidney Collie yesterday condemned this year’s Junkanoo Carnival as a “completely mismanaged event” after it was revealed that the annual festival was again over budget for the second time.

THE CHAIRMAN of the Free National Movement (FNM) said on Friday that his party’s plan for an independent director of public prosecution would have prevented the “whole sordid affair” over the Attorney-General’s ‘nolle prosequi’ direction in the Sandals Royal Bahamian case.

FREE National Movement Chairman Sidney Collie said yesterday that despite the party throwing its full support behind Loretta Butler-Turner, the Long Island MP has “a lot of work to do” to win over her constituents before the next election.

FNM 'has raised the money to fund convention'

THE FREE NATIONAL Movement (FNM) has raised all of the money they needed to fund the party's national convention next week, chairman Sidney Collie said on Friday.

SIDNEY Collie defeated Rodney Moncur by 62 votes in the FNM chairmanship contest last night and declared the “real victory” will come in May 2017.