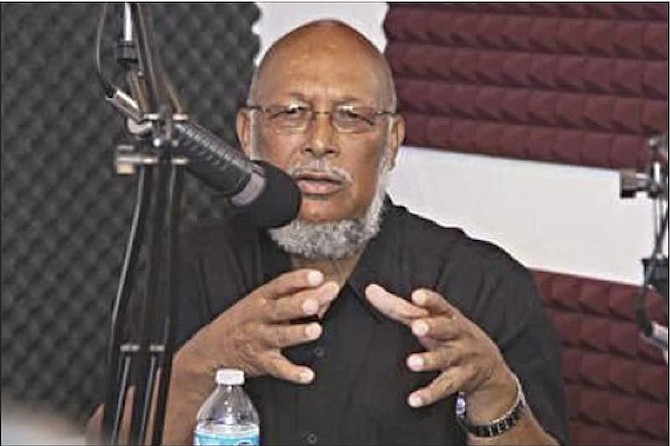 SAVE The Bays chairman Joseph Darville.

SAVE the Bays Chairman Joseph Darville has joined the chorus of people calling on the government to abandon the 25 cents to $1 fee merchants are mandated to charge customers for single-use plastic bags. The environmentalist said while he supports th

A recent trip to Bimini, Cat Cay & Ocean Cay, by a team from Save The Bays, has us asking more questions of this Government than we can find answers to.

the sighting of a juvenile seahorse in North Bimini Bay following the ending of dredging within the mangroves has excited environmentalists.

Save the Bays begs: Bin Oban

SAVE the Bays Chairman Joseph Darville has made another impassioned plea to Prime Minister Dr Hubert Minnis for a clean break with the $5.5 billion Oban Energies project, this week insisting Grand Bahama had suffered enough from “unchecked industrial pollution.”

Save The Bays Chairman calls Govt's actions over Oban 'demonic'

THE government’s continued push of Oban Energies’ $5.5 billion refinery project amidst intense opposition is tantamount to treason, according to Save The Bays Chairman Joseph Darville, who on Friday slammed the move as “sacrilegious” and “demonic.”

SAVE The Bays (STB) has pledged its full support behind the Grand Bahama Environmental Association (GBEA) for the relocation of residents affected by industrial pollution and to raise awareness of its association with health-related illnesses and deaths in Grand Bahama.

SAVE the Bays chairman Joseph Darville has hit back against accusations from some government ministers that the group is seeking to “destabilise” the government, calling the claims “absolutely ludicrous.”