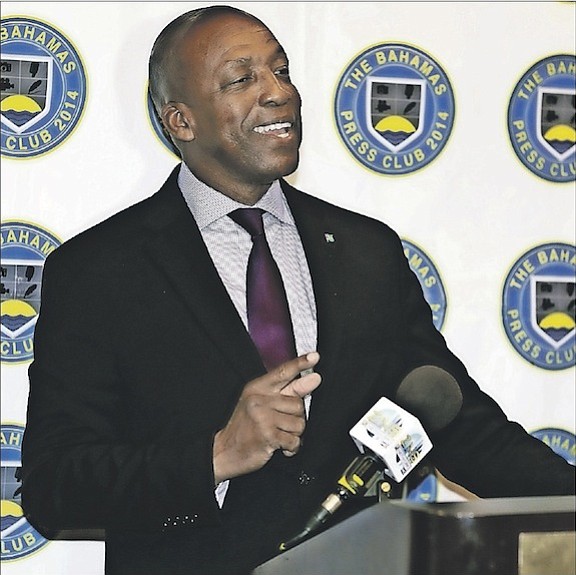 INSIGHT: We need to build to cope with the new reality of the storms we are facing

In the aftermath of Hurricane Dorian, it is imperative The Bahamas adopt a climate change resilient Building Code to guide restoration rebuilding in Abaco and Grand Bahama, the construction of new buildings and retrofitting key infrastructures throughout the country.

A former attorney general yesterday warned The Bahamas must "stand up in a smart way" to ensure the survival of its financial services industry amid a threatened "blacklisting" by France.

Judicial reforms to give 'clout beyond our size'

An ex-attorney general yesterday hailed the chief justice’s reforms as potentially giving The Bahamas “an influence way beyond our size” in both legal services and attracting new business.Alfred Sears told Tribune Business that the planned digital tr

The Bahamas cannot rely on the Central Bank’s “low risk” finding alone to persuade international regulators it should lower an onerous compliance burden, an ex-attorney general is arguing.

FORMER Attorney General Alfred Sears has articulated a bold plan to make Andros the political capital of the country. In a new piece, he argues that focusing on Andros could spur Bahamians to design a capital city that embraces Bahamian designs and

The Bahamas’ has an “upside down” economic model that is the “complete reverse” of what exists in most progressive countries, a former attorney general has charged.

The Bahamas must transform an economic model that is “in crisis” by “shoring up” local entrepreneurs and capital, a former attorney general argued yesterday.

Bahamas urged: Use EU reprieve for own ‘assault’

The Bahamas was yesterday urged to use “the reprieve” provided by Europe’s rejection of its own “high risk” countries’ listing to craft “our assault on an illegal process”.

Island Luck ‘back to business’; deal may trouble rivals

Island Luck’s attorney says his client plans to “get back to business” following the tax settlement with the government, while conceding the deal “may create a problem” for other web shops.

The Bahamas must explore “a legal challenge” to the European Union’s (EU) latest attack before the International Court of Justice, an ex-attorney general urged last night.

Sears: PLP has been compromised by ‘constitutional non-compliance’

FROM October 2016 to January 2017, my campaign team and I undertook a listening tour amongst stalwart councillors, branch officers and delegates of the PLP in New Providence, Abaco, North and Central Andros, Bimini, Cat Island, Grand Bahama, Eleuther

AS HE called for former Prime Minister Perry Christie to resign as leader of the Progressive Liberal Party (PLP) last night, Alfred Sears said he saw the sweeping defeat coming after Fort Charlotte residents repeatedly told him they could not stand the leadership of the country any longer, despite their personal affection for him.

ALFRED Sears is concerned about the “unorthodox” process by which he says some of the Progressive Liberal Party’s Family Island stalwart councillors and delegates have been flown into New Providence and accommodated.

PROGRESSIVE Liberal Party Trustee Valentine Grimes yesterday said “no candidate” is allowed to speak at the party’s convention this week as he shot down reports that the PLP’s top brass was preventing leadership contender Alfred Sears from addressing delegates during the event.

Smith: An insult to suggest convention won’t be fair

FORMER Cabinet minister George Smith yesterday dismissed the suggestion that the Progressive Liberal Party’s convention will not facilitate a fair process, saying it is an “insult” to assert that stalwart councillors can be easily persuaded to vote in favour of any candidate.