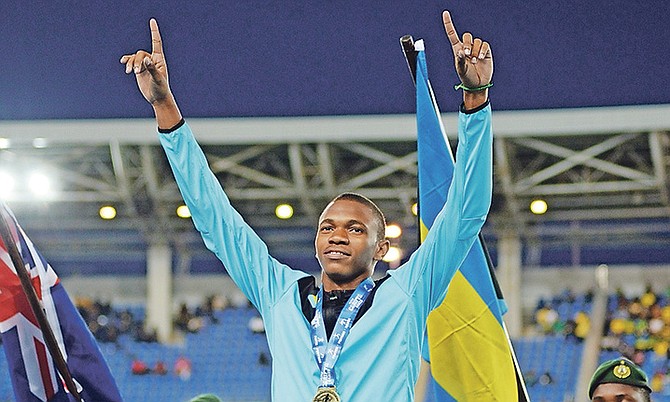 Joel Johnson on the podium with his 100m gold medal from the Carifta Games. Photo: Shawn Hanna/Tribune staff

WITH the focus on the IAAF World Junior Championships in Pampere, Finland, next month, sprinters Adrian Curry, Jaida Knowles and Joel Johnson led the performances as they attained the qualifying standards over the weekend at the Bahamas Association of Athletic Associations’ Junior National Championships at the original Thomas A Robinson National Stadium.

Team Bahamas improved on last year’s performance and in their role as hosts with a second-place finish at the 47th Flow CARIFTA Track and Field Championships.