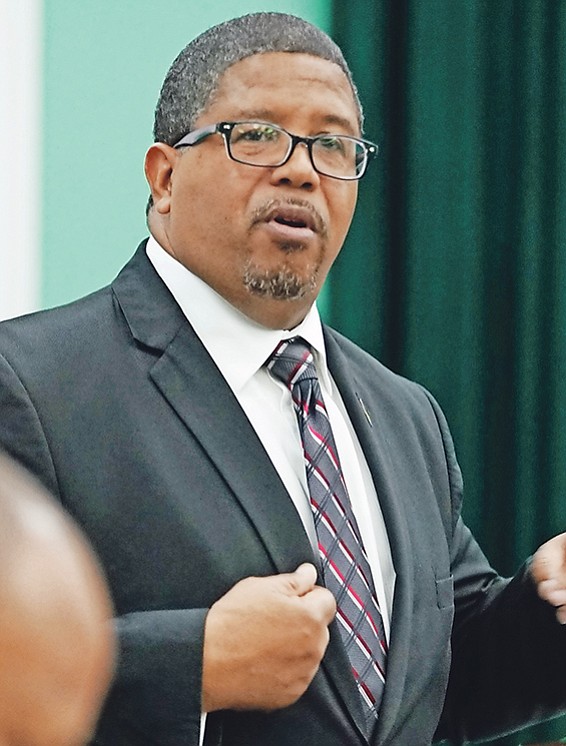 The Deputy Prime Minister yesterday revealed that unspecified “concessions were necessary” to meet European and OECD demands for The Bahamas to end so-called “ring fencing”.KP Turnquest, in messaged replies to Tribune Business’s questions, said the G

Contract worker terminations and early retirements enabled the Government to slash its civil service wage bill by $20m during the fiscal year’s first quarter, it was revealed yesterday.The Ministry of Finance’s “snapshot” of the three months to end-S

The Deputy Prime Minister yesterday said the OECD’s targeting of the Bahamian economic permanent residency regime was “not really of concern” because it is not used for tax purposes.K Peter Turnquest, pictured, while agreeing it was “unfortunate” tha

Press Club speaks out in support of broadcaster

THE Bahamas Press Club released a statement yesterday crying “shame” on Deputy Prime Minister Peter Turnquest for his recent criticism of a local journalist from the floor of Parliament, saying the time is “long past” for journalists to be dictated t

INSIGHT: Nothing’s changed - second class citizens in our own country

SHOULD we really be surprised by how quickly the government acquiesced to the threats made by the Lyford Cay Association? A letter obtained by local media last weekend that was penned by the association’s chairman, Henry Cabot Lodge III, expressly indicated that homeowners in the exclusive community would sell and leave The Bahamas. These threats were made as a result of what Deputy Prime Minister and Minister of Finance Peter Turnquest called an “unintended impact” of changing the property tax laws.

Deputy PM to speak to Johnson over social media posts

DEPUTY Prime Minister and Minister of Finance Peter Turnquest said he will talk to Acting Financial Secretary Marlon Johnson about his social media posts that stir controversy, although he suggested critics are making a big deal about nothing.His sta

Electric bill exemption on VAT is raised to $200

THE value added tax exemption ceiling on electricity bills has been raised to $200, Finance Minister K Peter Turnquest revealed yesterday.The change will come into effect August 1.Last week he announced the ceiling would be $100, but the decision was