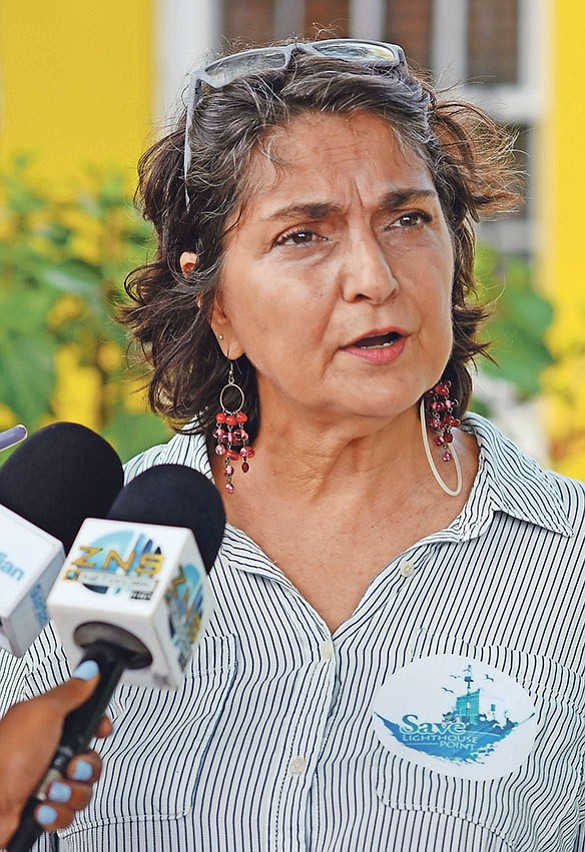 Activists yesterday blasted the government’s decision to give the environmental go-ahead for oil drilling in Bahamian waters as “a reckless and irresponsible response” to the country’s debt woes. Sam Duncombe, reEarth’s president, told Tribune Busin

The government’s renewed pledge to crack down on cruise ship dumping in Bahamian waters was yesterday branded by an environmental activist as “more hot air until we see some real action”.

A well-known environmentalist has slammed as “quite absurd” how solar and renewable energy penetration in this nation has been stymied, stating: “Look where it’s gotten us”.​​

US judge dismisses activist's motion to be seen as a victim

A US federal judge has rejected a Bahamian environmentalist’s motion to be identified as a victim in proceedings against Carnival Corporation.

US court to rule today on Carnival ‘violations’

A LOCAL environmentalist is working to be identified as a victim in ongoing pollution proceedings against Carnival Corporation in a US court.

An environmentalist is questioning whether the proposed $580m south Abaco resort project is another sign that the Government is “intentionally targeting the national parks” for development.

AN environmental activist yesterday accused the government of being “duplicitous” for extending oil exploration licences at the same time it is promoting renewable energy use.

‘How can we trust Disney’s paid poll?’

An environmental activist yesterday said she had “not bought the fairytale” on Disney’s plans for Lighthouse Point, and urged it to “compromise” by using an existing cruise port.Sam Duncombe, reEarth’s president, told Tribune Business that using the