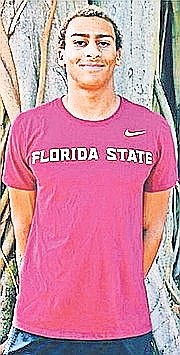 ALTHOUGH their seasons were cut short just before their final meets of the year, several Bahamian student-athletes received postseason awards and were named All-Americans in their respective divisions.

Florida State’s Izaak Bastian led the Bahamas’ three-member team yesterday at the 7th FINA World Junior Swimming Championships at the Duna Arena in Budapest, Hungary, by advancing to the semi-final of the men’s 100m breaststroke. Swimming out of the