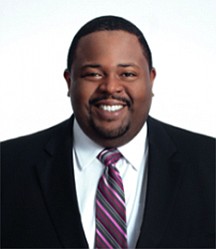 Cable Bahamas plans to invest $80m over the next two-three years on rolling out its New Providence fibre-to-the-home network, its top executive has revealed.

Cable Bahamas Ltd (CBL) “surpassed expectations” for the 2021 fiscal year with revenue increasing by four percent in the final quarter.

CABLE Bahamas’ top executive has pledged that resolving customer complaints is “our number one priority” and has been “drilled into the ethos” of all employees ahead of a regulatory probe into its TV services.

Cable Bahamas’ $70m long-term loan to its Aliv affiliate was yesterday said to have remedied the mobile operator’s non-compliance with conditions attached to $60m in previously-issued bonds.

'Grey clouds' must lift to get Cable dividends

Cable Bahamas' top executive says dividend payments to ordinary shareholders will only resume after "some of the grey clouds" presently hovering over the Bahamian economy disappear.

Cable Bahamas yesterday confirmed it has moved into the second stage of its balance sheet restructuring by unveiling the early redemption of $30m-plus in preference shares.

Cable Bahamas is warily eyeing the need to repay more than $300m in preference share debt over a five-year period from 2023 to 2027, its top executive said yesterday. Franklyn Butler, the BISX-listed communications provider’s president and chief exe

Cable Bahamas top executive says customer service and content quality will have his “undivided attention” for the next one-two years following completion of the firm’s $301.5m US exit.Franklyn Butler, pictured, the BISX-listed communications provider

Cable gets $31m less for US exit

Cable Bahamas’ top executive yesterday conceded the $31m drop in the price received for exiting the US was “warranted”, but said: “It’s still a massive return for investors.” Franklyn Butler, the BISX-listed communications provider’s chief executive

Cable Bahamas’ chief executive yesterday pledged that slashing the company’s $442m debt and “reinstating” shareholder dividends are among the top priorities in its new financial year. Franklyn Butler, in an interview with Tribune Business, said the