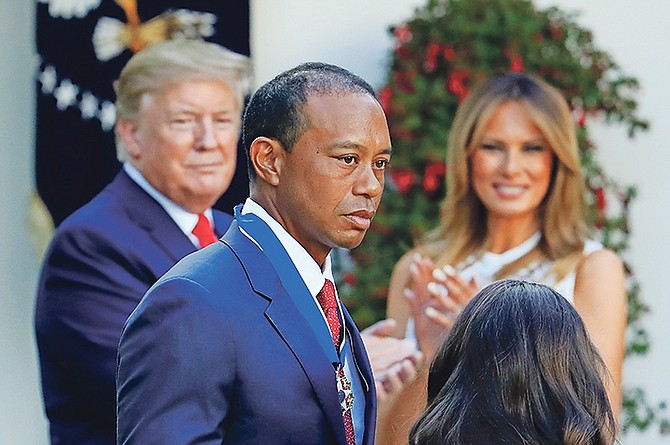 President Donald Trump and first lady Melania Trump applaud Tiger Woods during a ceremony awarding the Presidential Medal of Freedom to the golfer at the White House on Monday.

STATESIDE: When our heroes speak out or are silent

The highest civilian award that an American president can bestow is the Presidential Medal of Freedom. Under its current format, the award was begun by President John F Kennedy.