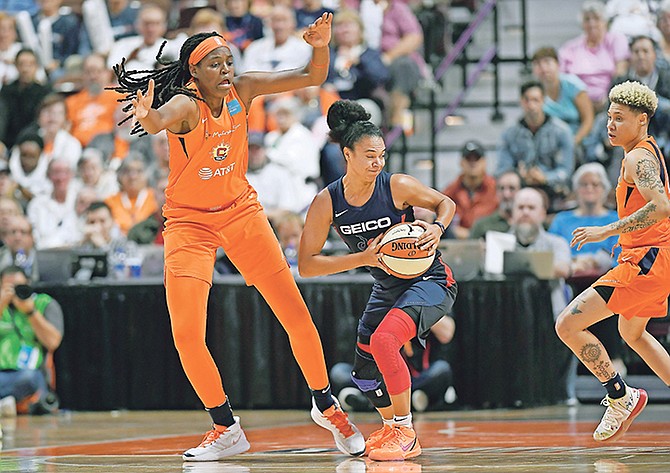 Washington Mystics’ Kristi Toliver, centre, tries to pass under pressure from Connecticut Sun’s Jonquel Jones, left, and Natisha Hiedeman, not in picture, during the first half in Game 4 of the WNBA Finals on Tuesday night.

Jones and Sun in WNBA Finals 'do or die' tonight

One final game to decide the 2019 WNBA title with both the Connecticut Sun and Washington Mystics looking to win their first championship in the history of their respective franchises.Game five is all set for 8pm tonight at the Entertainment and Spor