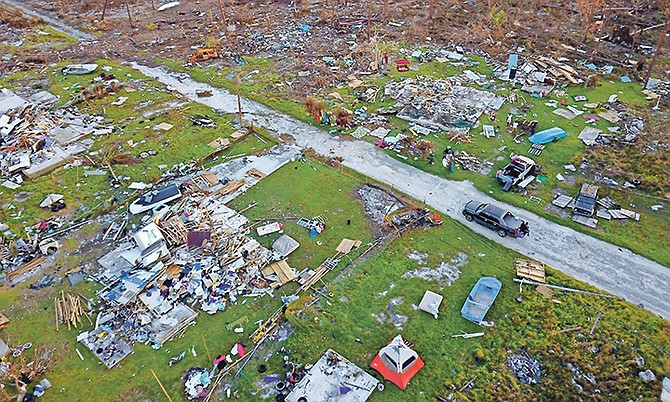 In this picture from September 8th, a road cuts through the rubble of homes that belong to the same family, destroyed by Hurricane Dorian in Rocky Creek, East End, Grand Bahama. Photo: Ramon Espinosa/AP

AS the government forges ahead with plans to restore storm-ravaged islands, Deputy Prime Minister Peter Turnquest said the country would be better served if the official opposition made contributions on fixing issues rather than criticising efforts.

One in four homes assessed in Grand Bahama destroyed

AS the Department of Social Services continues its home assessments in Grand Bahama, officials have revealed that of the 879 homes assessed so far after Hurricane Dorian, some 217 were considered totally destroyed.Paula Marshall, director of social s