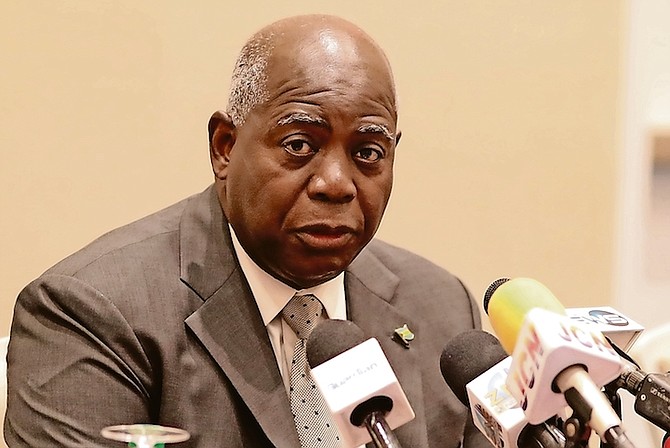 PRIME Minister Philip “Brave” Davis stressed the impact climate change has on low-lying countries like The Bahamas while calling on international youth leaders to lobby for change.

Davis: 150 homes for Abaco under review

PRIME Minister Philip “Brave” Davis promised his government will bring change to storm ravaged Abaco and said a plan to rebuild 150 homes on the island is under review.

Davis: I did not know Munroe represented deputy commissioners

Davis: We have asked Atlantis to reconsider test charge

PRIME Minister Philip “Brave” Davis said he has asked Atlantis to reconsider its requirement that employees pay for weekly antigen tests if they are not vaccinated.