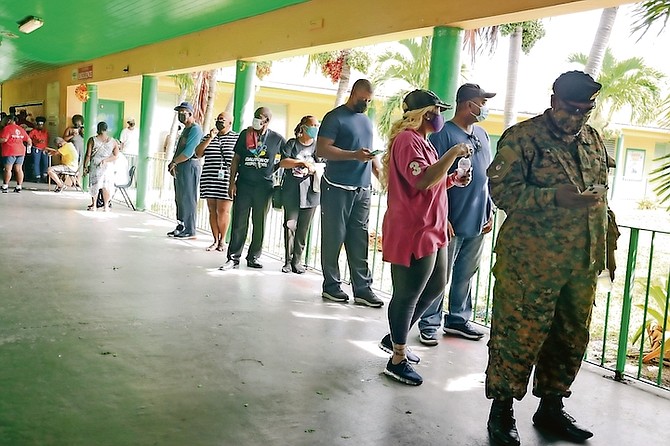 ‘How does Minnis know poll count?’

THE Progressive Liberal Party has called on the Parliamentary Commissioner and the Commissioner of Police to examine Prime Minister Dr Hubert Minnis’ claim that he has been informed his party won last week’s advanced poll.

ALL the talk of the country being ready to run an election during a pandemic ran aground on Thursday amid the chaos of an advanced poll that showed we were far from prepared.

A FIGHT over a failure to seal cast ballot envelopes punctuated an at times chaotic day of advanced polling in New Providence yesterday.