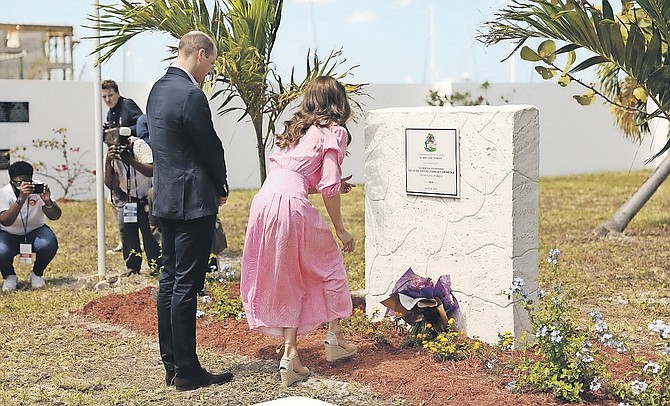 THE DUKE and Duchess of Cambridge at the Marsh Harbour Memorial Gardens earlier this year where they unveiled a new plaque in honour of Hurricane Dorian victims - but many family members are still waiting for death certificates for storm victims.

NEARLY three years after Hurricane Dorian hit, some family members say they have still not received death certificates of relatives whose bodies were never found after the deadly storm.