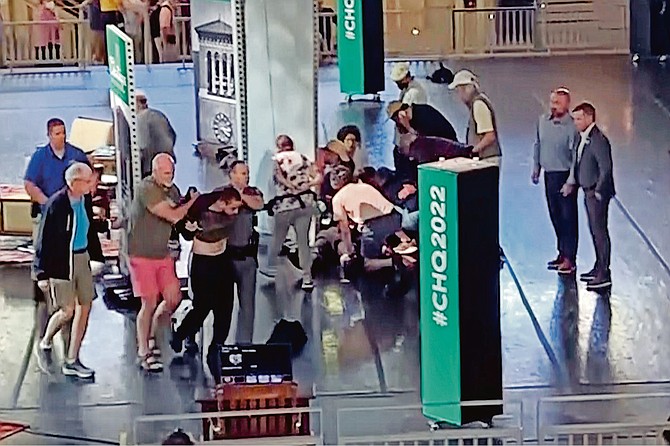 THE AFTERMATH of the attack on Salman Rushdie at the Chautauqua Institution, in Chautauqua, New York.
(AP Photo)

STATESIDE: ‘A snapshot of horror’ – The shocking knife attack on author Salman Rushdie

“IT was totally surreal,” Andy said. “There is absolutely nothing that prepares you for something like that. It was as though time stopped, frozen in a snapshot of horror. I was sitting toward the top of the amphitheater bowl, so I was nearly 100 yards away from the stage. At first, I was just dazed, witnessing what was unfolding on stage. So was everyone around me.”