FATAL traffic crashes in the country declined by 14 percent in 2019, with 54 incidents reported, according to newly released Royal Bahamas Police Force statistics. In 2018, police said there were 63 crashes that resulted in deaths. The number of vic

CRIME declined by seven percent in 2019 despite a four percent uptick in murders and a 12 percent increase in armed robberies, according to police statistics. Police Commissioner Anthony Ferguson, as he released the statistics, cited Hurricane Dorian for the murder increase from 91 in 2018 to 95 in 2019, saying law enforcement will learn from having its resources stretched to respond to a natural disaster.

THE Bahamas National Commission on Marijuana has endorsed the economic potential of a cannabis industry in The Bahamas as robust. 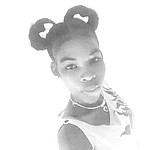 Funeral service for Kenricka Aremintha Martin age 17 of Nassau Village will be held on Saturday21st December 2019 at 11am. Service will be held at Living Waters Church of God, Marshall Road Nassau The Bahamas. Officiating will be , Bishop ... 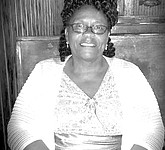