Time to tell the public

The Chair of BP&L, Mr Moxey - his Minister when speaking about the all essential use of standby generators always speaks about their cost, but never speaks or confirms if BP&L makes a profit from their extensive use – why? 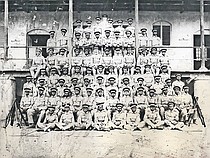 So what is the truth at BPL?

Before BP&L with the assistance of whoever resolves the current catastrophe which PM Minnis and his Cabinet don’t seem to realise, we the public want some indications as to what will this spending of $95m for new engines do to my BP&L bill?

Very fortunately for BP&L news distractions take what has been going on at BP&L off the headlines but their issues stand and their issues involve all of us for at least 20 plus years forward so they are extremely important.

Too much secrecy, I fear

Why has Government created around BP&L so much secrecy – unusual lack of transparency?

The buck does indeed stop with the prime minister

Have zero patience anymore, the buck, Mr. Most Honourable Prime Minister, stops right at your desk. A national Address, with a Press Question and Answer, live Press conference broadcast has to happen, as the residents of New Providence cannot take BP&L any longer.

Absolutely no apology! I return to the BP&L RFP/tender issue as there has been no resolution to correct malpractice and breach of the Electricity Act 2015. Your Editorial position believing the opinion of BP&L is wrong - you have not spoken to URCA who controls the practice of BP&L who are not lords unto themselves.

At the historic Freemasonry election in Philadelphia last month at the 135th Annual Session and ...

The funeral service for Mizpah A. Bethel of 12 Lancaster Street, Shirlea Subdivision, Nassau and Sweetings Village, Marsh Harbour, will be held at New Providence Community Church at 2:00pm on Saturday, February 16th, 2019. She is predeceased by her son ...

A funeral service for Mizpah A. Bethel of Lancaster Street, Shirlea Subdivision, Nassau and Sweetings Village, Marsh Harbour, Abaco, will be held at New Providence Community Church, Blake Road, Nassau, on Saturday, February 16th, 2019 at 2:00 p.m. She is ...

Too much hype, not enough beef

Talk in the House of Assembly - Ministers-MP’s need to listen to their comments after they have made contributions.

I have in front of me an article by Natario KcKenzie of November 21, 2017…BPL studying nineteen bids from power generators.

Is this deal the best we can get?

I AM willing to take Michael Maura’s opinion on the BP&L announcement with Shell. 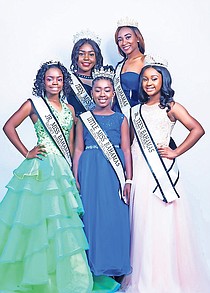 BPL against the people

The statement from URCA changing their policy concerning parties generating 1mw of alternative No cost to the beast BP&L is incredibly anti-consumer – Anti we The People.