Biden takes the helm as president: 'Democracy has prevailed' 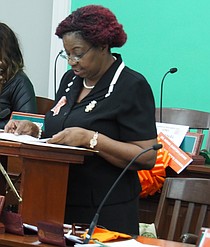 Ali McIntosh, leader of the Bahamas Constitution Party, speaks at the inaugural Women in Parliament ...

BAHAMAS ambassador to the United States Sidney Collie said all Bahamians living in the Washington area are safe as US fears mount over possible violence ahead of President-elect Joseph Biden’s inauguration on Wednesday, January 20.

Prime Minister Dr Hubert Minnis speaks at the homeporting inauguration of the Adventure of Seas ...

PRESIDENT Joe Biden speaks during the 59th Presidential Inauguration at the US Capitol in Washington ...

Vice President Kamala Harris bumps fists with then President-elect Joe Biden after she was sworn ... 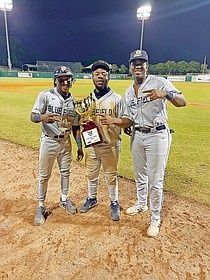 Joe Biden is sworn in as the 46th president of the United States by Chief ... 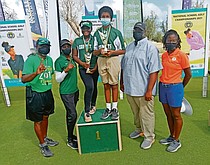 CRYSTAL Cruises, in conjunction with the Ministry of Tourism and Aviation, will host a homeporting inaugural ceremony in Nassau to celebrate the first sailing of the Crystal Serenity on Saturday.

WITH all of the restrictions imposed by the coronavirus pandemic, the Ministry of Youth, Sports ...

Adventure of the Seas set for inaugural voyage from Nassau

Olympics are done, time to focus on Panam

WITH the Tokyo 2020 Olympic Games over and done with, the4 Bahamas Olympic Committee is now concentrating on putting together the team to represent the Bahamas at the inaugural Junior Pan American Games.