Donation to emergency teams will help save lives

12 ambulances donated to the Bahamas after Hurricane Dorian

THE National Emergency Management Services received a boost to its fleet of emergency service vehicles after Global Medical Response donated 12 ambulances in the aftermath of Hurricane Dorian. The first donation of four ambulances took place on Sept

THE National Emergency Medical Services’ ambulance fleet was boosted after the DemersBraun-Crestline group – an ambulance manufacturer based in Quebec, Canada — recently donated two ambulances to the Public Hospitals Authority. The donation brings t

ONE hundred t-shirts and 200 work pants have been donated by to the National Emergency Medical Services staff as part of Hurricane Dorian relief efforts. The donation was made by Acute Air Ambulance – Aitheras Aviation and the Cintas Uniform Company.

THE Public Hospitals Authority is continuing to build its fleet of emergency vehicles in the aftermath of Hurricane Dorian last year. The devastating storm significantly impacted the National Emergency Medical Services’ ambulance fleet, destroying a

Drivers return to work after walkout

NATIONAL Emergency Medical Services (NEMS) staff returned to work on Saturday, after walking off the job the day before due to COVID-19 safety concerns.In a statement released by the Public Hospitals Authority this weekend, officials noted workers wi

The dispute over a Rum Cay restaurant’s demolition has been sent back to the Supreme Court for re-trial even though its majority owner may have “a bogus claim to ownership of the land”. The Court of Appeal, in a unanimous verdict delivered this week

THE government yesterday commissioned ten new “top of the line” ambulances to improve its capacity to respond to medical emergencies.

THE public health system has become the first in the region to introduce the ZOLL X Series cardiac monitor and ZOLL Auto Pulse equipment, something officials have heralded as a red letter day in healthcare.

A number of tourists were airlifted to New Providence and South Florida hospitals for medical treatment following a serious traffic accident in South Eleuthera Monday morning.

PUBLIC Hospitals Authority officials yesterday said there was no record of a “shark attack emergency call” placed into the National Emergency Medical Services dispatch centre the day an American teenager became the victim of a vicious shark attack.

TWO ambulances donated by Canadian manufacturer Demers-Braun-Crestline Group as part of Hurricane Dorian relief and recovery efforts were deployed to Grand Bahama yesterday by the Public Hospitals Authority. The ambulances, which are outfitted with

‘Tell emergency staff if you think you have COVID’

THE National Emergency Medical Services is appealing to members of the public reporting a medical emergency through 919 to identify wherever possible the likelihood that they may be COVID positive.

GRIEF stricken family members say they want answers after their loved ones were ambushed and “senselessly” killed during a brazen shooting at the Jerome Avenue and Chesapeake Road intersection on Thursday afternoon. 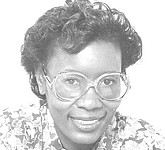 Funeral Service for MRS. EMILY THOMPSON-KNOWLES Age 74 years of Alocasia Avenue, Gardens Hills #2 and formerly of Wemyss Bight, Eleuthera who died on Tuesday, November 20th, 2018 will be held on Sunday, December 9th, 2018 at 1:00pm at Living ...

DISGRUNTLED emergency medical personnel, who claim they have been “beaten and assaulted” on the job, have had their cries heard following negotiations for an industrial agreement between the Bahamas Public Services Union and the Public Hospital Authority yesterday morning.