Man found dead may have been attacked by dogs

Police are investigating after the body of man was found on Palm Tree Avenue early on Saturday with injuries suggesting he may have been attacked by dogs. 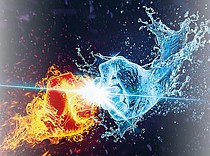 Citizenship - who has right?

Citizenship - who has the right to it?

While your story appearing in the business section of Thursday the 15th September, 2022 regarding a recent action involving two erstwhile clients of mine was somewhat balanced in its content, the chosen headline (“Ex-Minister’s son Denies Land Fraud”) tends to suggest that I was either a party or defendant to the action in question.

NEW trade data suggests a rebound for the Bahamian economy as imports and exports are up year-on-year.

The Prime Minister’s hint that the Government is mulling lower taxation for gas station operators was yesterday branded the “right approach” even though margin increases may not be considered.