POLICE in the US are investigating after mother-of-six Ashley Lockhart, believed to be of Bahamian ...

A MOTHER of six, believed to be of Bahamian descent, was viciously stabbed to death on Saturday in West Philadelphia.

‘Inflation - need to get real on what can be done’

A TOP financial expert believes a candid conversation needs to be had between the government and Bahamians about the country’s finances, noting there appears to be an unrealistic expectation of what the state can do about inflation.

A WOMAN was granted bail by a Magistrate’s Court yesterday for alleged negligence in the drowning of an 11-year-old boy who was in her care.

THE government will be providing monetary assistance to Abaco dome dwellers to assist with their relocation to permanent homes, according to Disaster Reconstruction Authority executive chairman Alex Storr.

A DEMONSTRATION of making bread fruit from scratch yesterday. 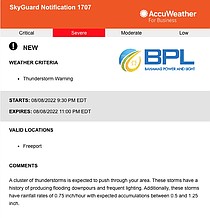 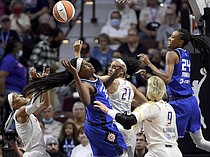 KENDRICK THOMPSON, of the Bahamas, throws the discus in the decathlon during the athletics in ...

In the first part of this commentary - published last week - the conclusion was reached that the great ideals, set out in the 1973 Treaty of Chaguaramas (the CARICOM Treaty) and its revision in 2001, remain unfulfilled. But does this reality mean that, as the CARICOM project reaches its 50th anniversary next July, it has reached the limits of regional integration?

INSIGHT: The world expects major countries such as China and the US to work together

The visit by Speaker of the US House of Representatives Nancy Pelosi to China’s Taiwan region on August 2 has triggered outrage across China. For one thing, by allowing such a visit to go ahead, the US has openly broken its own commitment under the three China-US joint communiqués not to develop official relations with Taiwan. 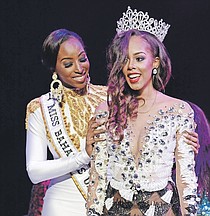 DANIELLE Grant after being crowned Miss Bahamas Universe in 2018.

Every human being, at some point or another, is called to the spotlight. In that moment you finally feel noticed and, in the best of circumstances, appreciated publicly for either your talent or physical attributes. This is the moment when stars are born. The very best of us excel during those moments and, from then on, spend a lifetime living beneath the intense glare that’s demanded by being at the centre of the stage.