24 cases of COVID-19 and two deaths on Sunday

THE Ministry of Health recorded 24 new cases of COVID-19 on Sunday along with two additional deaths.

A 24-year-old man was charged with attempted murder in the Magistrate’s Court on Friday.

24-hour weekend lockdowns to end for New Providence and Abaco

A 24-YEAR-OLD man was charged in the magistrate’s court yesterday with murder.

A 24-year-old man was remanded to prison yesterday charged with maiming another man last week.

Buddy Hield (24) celebrates a 3-point basket with teammates against the Minnesota Timberwolves on Wednesday ...

THE co-owners of an Abaco lounge were ticketed $30,500 for breaching COVID-19 Emergency Powers Orders by having nearly 100 people crammed into a space only meant to hold 24.

Scotiabank (Bahamas) has been forced to close two Nassau branches within 24 hours after staff members tested positive for COVID-19. 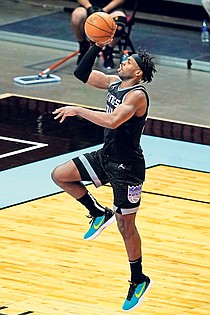 KINGS guard Buddy Hield (24) drives to the basket during the second half against the ... 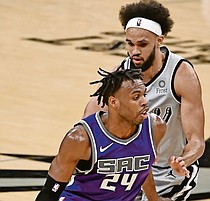