Cardi B releases new doll - Moms have their say

Farewell to Bishop B Wenith Davis

A man of Great Moral and Academic Stature dies at 74 years.

Dominick Bridgewater is set to return to France’s NM2 League for a second stint with Sapela Basket 13.

I would appreciate it if you would publish this letter to Mr Richard Hardy, Director (Acting) of Lands and Surveys, in the hope that I shall get a reply to my question.

MARK St Fort is on the move once again in the Japanese B-League and signed with his third team this season. 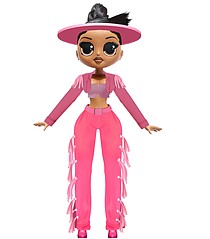 The new Cardi B doll.

EDUCATION Minister Jeff Lloyd revealed yesterday that the number of BGCSE students receiving A, B and C grades this year increased by more than 10 percent compared with 2019.

THE Bahamas will be represented by a male and female swimmer at the postponed 2020 Olympic Games in Tokyo, Japan, but it’s still not known who will be on the team.

WHILE Izaak Bastian walked away with a pair of medals, it was a record-breaking weekend for Davante Carey and Marvin Johnson as they led a field of Bahamians competing at the 2021 UANA Tokyo Qualifier in Clermont, Florida.

IT was contrasting results for Bahamian professional basketball players Mark St Fort and Kadeem Coleby yesterday as they continued their journey in the regular season of the Japanese B League.

Bahamas in 3rd place after 7-2 loss to El Salvador

The Bahamas fell to a 1-2 record and third place in Group B after a lopsided loss to El Salvador yesterday at the 2021 CONCACAF Beach Soccer Championships.