Where were you when President John F Kennedy was assassinated?

WHERE were you when President John F Kennedy was assassinated?

LAST week’s exposé in court documents and videos of conversations between Peter Nygard and two gangsters, and the references made to high-ranking politicians therein, is a sad indictment of our politics and shady political dealings. What’s more, it demonstrates to the electorate that heard the utterances of Mr Nygard that such a circus can go on in the Bahamas without immediate or significant repercussions.

Was change of subject deliberate?

WAS it on purpose that Minister of State Legal Affairs raised the issue of Marital Rape?

INTERNET users have graded the PLP a resounding ‘F’ after the government’s first year in office since the May 2012 General Election.

It's hot - really hot! Is it climate change?

TEMPERATURES this summer are soaring across the globe. A heat wave, aptly named Lucifer, has brought scorching temperatures of over 100°F to southern Europe.Wildfires have been sparked in Portugal, France and Greece, resulting in several deaths. Indu

Woman unharmed in crash as car topples into ditch

GOOD Samaritans rushed to extricate a woman from her overturned car yesterday afternoon after she lost control on John F Kennedy Drive east of Blake Road and ended up in a ditch.

According to reports, around 9am the officer was travelling by police motorcycle on the airport road near John F Kennedy Drive when he lost control of his bike and crashed into a utility pole.

In Wednesday’s Tribune, in an article entitled “Pop star Shakira ‘cannot win’ Bahamas Court case”, it was incorrectly stated that John F Wilson is an associate of the law firm McKinney, Bancroft & Hughes.

Fidelity Bank (Bahamas) majority shareholder yesterday named Scott F Elphinstone as chairman of the BISX-listed retail banking subsidiary with effect from August 22.He replaces D Anthony Jones, who recently retired from the Board. Mr Elphinstone is a

By LOLITA BALDOR Associated Press OTTAWA, Ontario (AP) -- The war in Afghanistan can't be determined by polls, Defense Secretary Leon Panetta said Tuesday, asserting that the US must continue with its strategy in the decade-old conflict despite plummeting

By LOLITA BALDOR Associated Press OTTAWA, Ontario (AP) -- The war in Afghanistan can't be determined by polls, Defense Secretary Leon Panetta said Tuesday, asserting that the US must continue with its strategy in the decade-old conflict despite plummeting

Warning over road closure in Nassau

MOTORISTS are urged to watch out for a major road closure in Nassau.

A MEMORIAL plaque commemorating the 50th anniversary of United States President John F Kennedy’s visit to the Bahamas will be re-installed during a ceremony tomorrow. 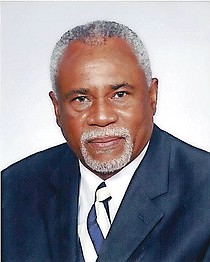