A frustrated Freeport food retailer yesterday said he planned to “claim” against a major shipping company, after the late delivery of perishables cost him an estimated $60,000 sales and much customer “goodwill”.

Having served as a corporate sponsor for the Susan G Komen Race for the Cure since its inception in the Bahamas, Atlantis saw numerous employees brave lower than normal temperatures last Saturday morning to show their support for those battling cancer as well as cancer survivors.

KAI Jones and his fellow 2021 NBA Draft Class of the Charlotte Hornets were all assigned to the NBA G League after playing sparingly through the first 13 games of the NBA season.

Even before the swelling went down on his face following the 12-round battle against Eamonn O’Kane, Tureano Johnson was ready to issue a new challenge as the number one contender for the IBF middleweight title.

The Bahamas will likely come under immediate pressure to convert its existing 27 Tax Information Exchange Agreements (TIEAs) into the ‘automatic sharing’ variety, after the G-20 last week “eliminated all doubt” that is now its goal.

Johnson vs ‘Triple G’ Golovkin ‘could be our next fight’

HE has petitioned for this bout for quite some time, and now reports have emerged that the Gennady “Triple G” Golovkin camp may give Bahamian boxer Tureano Johnson the fight he has been looking for.

The Bahamas “cannot lose sight of the fact” that G-7 members and other high-tax European states want “to wipe out” international financial centres (IFC) such as this nation, a prominent accountant warned yesterday.

THE Road Traffic Department "acted illegally" in refusing to inspect and register a Grand Bahama Port Authority (GBPA) licencee's 'taxi cab' on the grounds that it had not obtained a government license, the Supreme Court once again upholding the Hawksbill Creek Agreement against arbitrary executive actions.

THE continued G-20/OECD push towards the automatic exchange of tax information poses "a serious threat" to the Bahamian financial services industry, a senior attorney urging this nation to "get ahead of the curve" in responding to their demands

THE Bommer G Lady Operators avenged their loss for the season by holding off the Career Builders Lady Cheetahs 64-56 on Saturday night as the New Providence Women’s Basketball Association continued their regular season at the DW Davis Gymnasium. 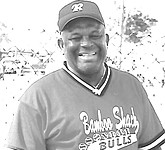 EP Roberts Primary captures A and B division championships

PROFESSIONAL Bahamian boxer Tureano Johnson has made his intentions clear to anyone who is willing to listen - he wants to challenge Gennady “Triple G” Golovkin for the right to the top spot in the middleweight division.

THERE is an urgent need to examine shipping in our archipelago. I have recently had cause to ship building supplies to Long Island via G and G shipping company, which is situated in Fort Lauderdale, Florida. Firstly, the service was horrendous and the cost for shipping was exorbitant and, frankly, ludicrous.

BALL IN PLAY: The G-Fit Pink Foxes blew away Femme Fatale Predators 53-0 as the Bahamas Flag Football League continued its regular season action at the Winton rugby pitch on Sunday. In the other women's game, the Lynx routed the Lady Raiders 21-0.

As thousands of local and international participants cross the finish lines at Sunshine Insurance Race Weekend 2013’s Marathon Bahamas and the Susan G Komen Bahamas Race for the Cure, they will be greeted with an ice cold Vitamalt beverage.