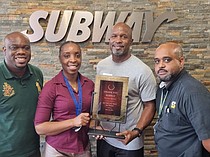 EIGHTY-seven new cases of COVID-19 were recorded last Thursday and Friday, according to the Ministry of Health and Wellness.

The Bahamas will this week seek to limit the debt servicing burden for taxpayers via an Inter-American Development Bank (IDB) guarantee that will underwrite most of its $385m foreign currency bond issue.

A B-26 Marauder similar to the one that crashed.

THE Bahamas Football Association’s senior men’s national team returns to the pitch this weekend to kickoff the second edition of the CONCACAF Nations League.

I wasn’t around and probably you weren’t either, but after the upheaval of WWII, history seems to show us the relieved and exhausted world settled down to a new predictability.

THE Bahamas suffered its second loss in as many days in play at the Davis Cup Group III Americas competition in Escazu, Costa Rica.

The 53rd annual Long Island Regatta was held over the weekend in Salt Pond, Long Island and was dubbed a tremendous success.

No respect for Queen’s 70th Jubilee

THERE were 114 new cases of COVID-19 recorded in the country on Friday and Saturday.

A MAN was remanded in Magistrate’s Court yesterday accused of unlawfully having sex with a mentally unstable woman and assaulting her with a knife.

Trampling on the Constitution?

Is our Constitution being trampled on?

One more death from COVID recorded

THE Bahamas has recorded another 77 COVID-19 cases and one death, according to the Ministry of Health & Wellness.