Jr Pan Am: Swimmers reach the B Finals

TEAM Bahamas opened competition at the inaugural Junior Pan American Games in Cali, Colombia, with the triathlon and swimming events first on the schedule.

Mitchell and his propaganda

Please allow me space in your column to express my views on a story that appeared in your Tuesday, November 23, 2021, edition under the headline, “Mitchell says Minnis should go quietly”.

‘Not a dollar back’ in tax arrears deal

An Abaco district council is hoping “the third time” is a charm in persuading the Government to honour an agreement where it has “not got a dollar back” from unpaid taxes it has recovered.

THIS week has been hard for Bahamians. Ever since news broke late last Friday that a beautiful, young baby girl affectionately known as ‘Bella’ lost her life, there’s been a pall cast over the nation.

Academicians at the University of The Bahamas (UB), according to The Nassau Guardian, conducted a poll in which it was discovered that nearly 25 percent of its female participants were raped. This sobering statistic, I believe, is representative of a significant percentage of the overall population.

The proposed VAT reforms are designed to cap “huge” multi-million dollar refund liabilities owed by the Government to two major transhipment providers, it was revealed yesterday.

ALICIA WALLACE: Action not just anger should be our response to Bella’s death

The owner of a private island in the Abacos has been accused of masterminding a $40m fraud that has also ensnared a Bahamas-based financial services provider in the fall-out.

FORMER Prime Minister Dr Hubert Minnis’ press release announcing his decision not to run for the leadership of the Free National Movement (FNM) at its upcoming November 27 National Convention wasn’t a coincidence to many observers.

INSIGHT: FNM must learn from its mistakes when choosing a new leader

FORMER Prime Minister Dr Hubert Minnis will not be the leader of the Free National Movement after convention day on November 27. 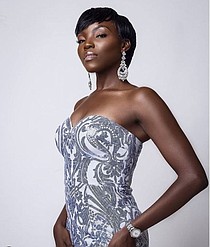 ELECTION DAY – As it happened

Voting in the General Election is underway – we'll keep you up-to-date throughout the day as The Bahamas goes to the polls.

FORMER Prime Minister Perry Christie believes that the “enormity” of the country’s COVID-19 crisis will propel Bahamians to vote for the Progressive Liberal Party in the 2021 general election.

30k may be voting in early poll

ACTING Parliamentary Commissioner Lavado Duncanson announced yesterday that the advanced poll for the next general election will be held on September 9 - with about 30,000 people eligible to take part.