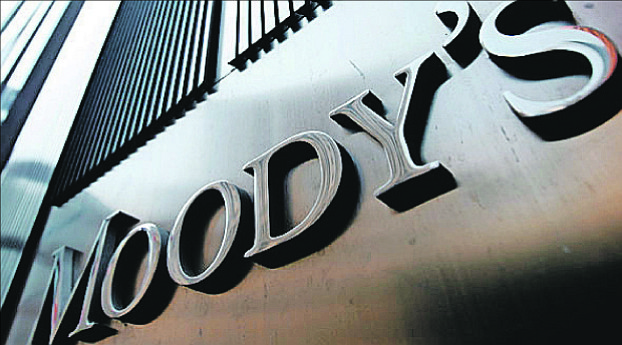 The credit rating agency, in an update that accompanied its upgrading of The Bahamas’ outlook from “negative” to “stable”, warned that the government’s $237m deficit objective was still “attainable” but would likely require further spending curbs between now and end-June to hit target.

And, while acknowledging the tourism-related foreign direct investment (FDI) projects in the pipeline, Moody’s also warned that “the anticipated slowdown” in US economic growth will “weigh” on The Bahamas’ own economic prospects and outlook.

The rating agency’s so-called “credit opinion” thus dims some of the glow that the government was basking in last week following its decision to upgrade The Bahamas’ outlook to “stable” - an indication that it does not currently expect to further downgrade this nation’s sovereign creditworthiness over the next six months to two years.

Moody’s had last week indicated that passage of the Fiscal Responsibility Act, combined with the introduction of quarterly fiscal reports and a reduced deficit for 2017-2018 compared to the prior year’s $661m, had restored some of The Bahamas’ policy-making credibility and prompted the improved “outlook”.

However, the “credit opinion” obtained by Tribune Business indicates it now wants to see The Bahamas deliver by translating all this into results featuring a much-reduced annual fiscal deficit. It pointed to 2017-2018’s “slippage”, when the full-year deficit came in at $410m - a sum $105m higher than the figure given five months earlier by KP Turnquest, the deputy prime minister.

“Because the government has not built a track record under the new fiscal rules, we have incorporated conservative projections in our baseline scenario with the deficit reaching 2-2.5 percent of GDP in fiscal year 2018-2019. Nevertheless, we project a stabilisation of government debt metrics with debt expected to reach 58.5 percent of GDP in fiscal year 2018-2019.”

The Fiscal Responsibility Act mandates that the Government hit a deficit equivalent to 1.8 percent of GDP in 2018-2019, but coming in at the higher end of the range given by Moody’s may require it to account to Parliament and the newly-established Fiscal Responsibility Council to explain the reasons for the overshoot.

The fiscal deficit measures by how much the Government’s annual spending exceeds its revenues, and thus the extent of borrowings that add to this nation’s $8bn-plus debt. The Minnis administration is hoping to move to a small surplus position, whereby its income exceeds spending, by 2020-2021.

Still, Moody’s gave the Government credit for cutting the 2018-2019 first half fiscal deficit by 70 basis points compared to the prior year, an improvement it largely attributed to the 60 percent hike in the VAT rate.

“Expenditures rose by 4.4 percent, reflecting an increase in spending on goods and services related to arrears the Government intends to clear. Wages and capital expenditures, on the other hand, fell in nominal terms.”

Acknowledging the strong tourism and related investment outlook, Moody’s nevertheless warned that dark clouds may be gathering in the medium to long-term due to projections of a slowdown in US economic growth that The Bahamas feeds off so heavily.

“We estimate the economy expanded by about 2 percent in 2018 in real terms,” the rating agency said. “Growth has been driven by the tourism sector and foreign investments that have fuelled construction.

“In early February 2019, the Government announced the construction of a cruise port in east Grand Bahama, which will be operated by Carnival Cruise Line, a subsidiary of Carnival Corporation. The port is expected to be completed by 2021 and employ around 1,000 people.” The longer term outlook, though, appears mixed.

“Going forward, tourism and FDI will remain the main growth drivers, with the economy expanding by 1.8 percent and 1.6 percent in 2019 and 2020, respectively,” Moody’s said. “While the US economy’s strong performance has benefited The Bahamas’ tourism sector, the anticipated slowdown in US growth will likely weigh on The Bahamas’ economic outlook.

“However, this will be partially compensated by the development of the new tourism-related projects that will allow economic activity to remain close to its potential.”

Reduce spending? Moody's must not be paying attention; these clowns need to stop borrowing.

"Careful" is not in their vocabulary! They prefer taxation to spending restraint. As Moody's indicates, they tax to cover their runaway borrowing and spending.

For 1 million more visitors to Disney's Lighthouse beach port that is sure some slim to none pick up in economic growth that is being forecast. With all those extra visitors why not more optimism for the Bahamas? Or is the Bahamas take from these 1 million more cruise visitors basically just peanuts? And for what should have been a National Park to begin with? (Lighthouse Beach)

I see the economy really picking up after June and if the country has another booming winter season like this year there are chances the deficit target can not only be met but beaten. But watch what the Uss is doing with their travel advisories. The increase in VAT and the merciless hike in electricity bills really knocked the wind out the economy’s sail. Not only did these actions send some businesses over the financial cliff but it destroyed consumer confidence. A whole lot of it. And not only did Bahamians have a hard time making ends meet after the VAT and electricity increases and had to cut back on spending, but those who had a few dollars left say ‘Let we hold on to these to see what else they ger do.” Bahamians do not trust this government (or the last one and that translates into low consumer confidence and reduced spending.