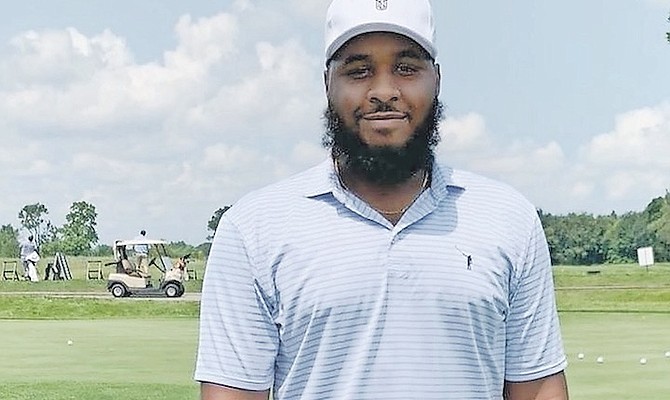 IT wasn’t the performance he anticipated, but Cameron Riley said he was thrilled to have been afforded the opportunity to participate in his first Korn Ferry tournament.

Veteran marathoner Ebbie Jackson wants to do all she can to help raise funds to assist those dealing with cancer.

ALTHOUGH she just started competing in the 400 metres when she joined the Dragons track team at Minnesota State University at Moorhead in Minnesota, Robynn Rolle- Curry has excelled as one of the top contenders in the USTFCCCA.

Pat Strachan backs call for Elisha Obed to be honoured

A GROUP from the stock exchange and small businesses, including Sawyers Studios, Arawak X and Tropical Gyros, stepped forth on Wednesday to pledge their sponsorship of the 50th Carifta Games.

THE following games were played at The Hope Center on University Commons on Tuesday.

NM Valentine Cox dominated the 2023 Bahamas National Chess Championship, winning the prestigious event with an impressive 8 out of 9 points.

BAHAMAS Hope Challenge (BHC) returns to Eleuthera from 10 to 12 March for its annual fundraiser with the goal of adding to the more than $4 million it has raised toward fighting cancer in The Bahamas over the past 17 years.

ALTHOUGH she doesn’t have a major indoor championship to compete in this year, national record holder Devynne Charlton said she’s pleased with her progress so far in the women’s 60 metres hurdles.

LONG time close friend Wellington Miller is calling for an honour for the late Everette ‘Elisha Obed’ Ferguson, the first and only Bahamian to win a world boxing title, during the 50th celebrations of the Independence of the Bahamas.

THE University of The Bahamas Mingoes picked up two wins to go along with other strong finishes at DTSP Wolfpack’s Neville Wisdom Classic at The Thomas A Robinson National Stadium Saturday.

Mingoes lose on penalties after 5-5 thriller

THE University of the Bahamas Mingoes Men’s Soccer side was knocked out of the Bahamas Football Association Hummel Cup competition, losing to Dynamos 5-4 in penalty kicks after the match ended with a 5-5 tie.