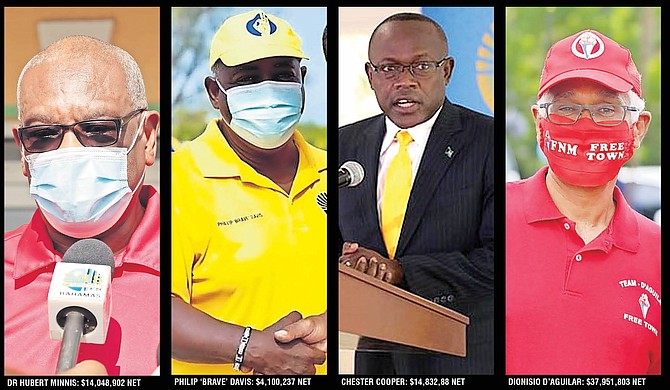 TOURISM Minister Dionisio D’Aguilar tops the list of millionaire candidates who are vying for re-election with a total net worth of $37,951,803, according to financial disclosures submitted to the Parliamentary Registration Department.

The disclosures show that more than 55 millionaires are seeking public office. While many of them are in the Free National Movement and Progressive Liberal Party, some of the wealthy hopefuls are members of third parties as well.

The incumbent candidate with the second highest net worth is the Progressive Liberal Party’s Chester Cooper. The Exuma and Ragged Island incumbent is worth $14.8m with an income of $370,000. The bulk of the businessman’s assets is $11m in investments and $3m in real estate.

Other wealthy candidates include the two leaders of the FNM and the PLP. Prime Minister Dr Hubert Minnis, who is seeking a fourth term as the Killarney representative, has a net worth of $14,048,902, making him the wealthiest leader of a major political party. His net worth has steadily increased over the years: in 2017 he was worth $12.6m and $10.9m according to declarations he filed in 2012.

PLP leader Philip “Brave” Davis, Cat Island, Rum Cay and San Salvador incumbent, lists his net worth as $4,100,237. According to declarations Mr Davis filed in 2017, his net worth at the time was $4.3m.

Arinthia Komolafe, leader of the Democratic National Alliance, has assets worth more than $1m however her net worth falls short of the millionaires club at $640,900.

Perhaps the most eyebrow raising declaration comes from East Grand Bahama hopeful Kevin King, of the newly formed Kingdom Government Movement, who lists his net worth as $53,129,820—which would make him the wealthiest person on the list according to his disclosures. The physician and political newcomer says his assets include $35m in securities and $8m in real estate. However, his total income is listed as $38,500. 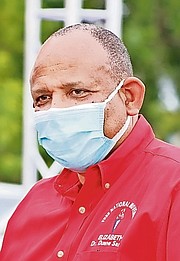 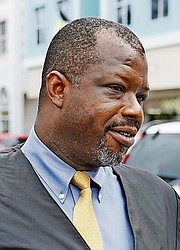 Rollington Cooper, Jr, who is running in Central Grand Bahama, is another KGM member who lists himself as a multimillionaire with a net worth of $13.4m. According to the entrepreneur’s declaration, the bulk of these assets—$13.9m—are in real estate. His form lists his total income as only $500 however with $588,000 in liabilities.

Three candidates vying to represent Central and South Eleuthera are millionaires: Cassius Stuart, of the United Coalition, is worth $3.7m; PLP candidate Clay Sweeting is worth $1.5m and Alphonso Albury lists his worth at $1.9m.

Not everyone running for office is a millionaire, however.

In West End and Bimini, FNM incumbent Pakesia Parker Edgecombe lists her net worth at $152,591.22. Minister of Works Desmond Bannister, the Carmichael incumbent, has a net worth of $292,980.

FNM Bain and Grants incumbent Town Travis Robinson has a net worth of $147,000 however his wealth has increased since he first ran for office in 2017. At the time, Mr Robinson, a student, had a net worth of $7,300.

Diedre Ann Taylor, a “missionary” who is running in Exuma and Ragged Island, lists assets of just over $3,000 with no net worth stated. Her income is listed at $400 per month.

In 2017, officials from the Parliamentary Registration Dept. and Public Disclosure Commission said they were not responsible for verifying the data put forward by candidates, insisting that responsibility lies with other government agencies.

The revelation came after one political newcomer in 2017—Bishop James Darling, of the Bahamas Constitution Party—listed his net worth as $48m. Bishop Darling, whose occupation was given as a “minister of religion”, listed the bulk of this figure as $40m from securities.

The full list of 2021 financial declarations is in today's Tribune.

Remember now, they only have to disclose their personal assets. So if they own companies it are part of family businesses or estates or the like, their actual net worth can be much more than they disclose.

and some people say that Bahamians have no money...

This is why most of them CANNOT relate to the plight and suffering of the average Bahamian... and quite frankly, don't even care.

I wonder if these securities are in Bahamian companies, these elite get to invest abroad for decades, once heard Minnis talking about his Apple stock, meanwhile they work together with the banks to block the average Bahamians from investing abroad and make it difficult for them with all their might.

LOL. This is always an entertaining part of the process. Chill everyone. Remember, these numbers are self-declared and not verified when reported.

So so many had a go at Brent Symonette for being a millionaire. Smacks of racism. Bear in mind Hank Johnson FNM incumbent MP is a self made businessman but not even close to being a millionaire as opposed to the three contendors. Just saying as so many seem to get wealthier once in offoce.

Of course, the whole purpose in being a politician is to enrich yourself and your family. They wouldn't do it otherwise.

They may be rich, but they still collect the Treasury mite and the allowances ...... And enjoy the perks of travel & board appointments

Negroes who were complaining about the white UBP Conchy Joe MPs of yesteryear.

Remember this when you hear the excuse that there is no money. When the peasants are losing their jobs and wages are being cut. Check in to see if the Government officials will take a proportional pay cut as well. If you want to see change make a direct connection between performance and compensation. For example, the Minister of Education's compensation should be substantially connected to the nation's GPA. Set the base wage to minimum wage, after all, they believe it's a livable wage. Then define a bonus scale based on performance milestones.

The AG would be broke.

Those with money will always seek power.

Please do not forget what happened during the last PLP government.

The choice is clear.

Peter is no different than Paul in Bahamian politricks. Stop with the fake moral pose. If memory serves me well the richest man listed no longer pays import duties on the key machinery needed for his business. The dirt of hardwork my blk azz. Rich people are only interested in getting richer. And they wear, red, yellow, green and every color. The poor trying to get to the nation's bubby for theirs.

I know y’all will kick me for saying this but I don’t think a person with a reasonable home and reliable transportation should run for office at the minimum. My reasoning is can you effectively serve whilst hustling for something to eat or for your family. But I am reminded of Rodney Moncur, who served well as a senator and his financial disposition did not seem to be a hindrance. But, of course, Moncur lost both his home and vehicle to what was suspected to be political mischief and vengeance. And remember also a millionaire or multi millionaire, especially one who operates his own business, stand just as much chance of going bankrupt as someone with a nominal income. Sometimes they accumulate assets but their cash flow dries up so they have to sell off assets to pay bills. This happens to many athletes, artists and yes to drug dealers. They hit it big, then hit a dry spell so there is no income. Then there are people like Minnis, Davis, D’Aguilar, Munroe’, Dr Sandsetc., who have supplemental income from investments. And of course there was Travis Robinson, who was still a college student when he became elected, so it’s more about the person snd not necessarily their pockets. Now if someone goes into the parliament say worth $50,000, and comes out a millionaire or even a multi millionaire then what?

I would assume that the salaries high level government officials get should easily cover normal living expenses. Transparency and an independent watchdog is always key but unfortunately we ain't got any of those.

If Truthbeout — solid evidence would reflect that it is the rich who — petty steals more than the poor. — A best-kept well-hidden secret is that the head of a major group of businesses, a someone who is frequently profiled in business news reporting. — Oh, Yes — a someone. you'd quickly recognize the face and name but as someone associated with great business success but not as someone for being the — prolific Shoplifting — which but a very tiny circle has long known them over many, many years to be a practitioner — would shock living hell right out you, learn they identity — Yes?

These numbers cannot be correct and are.therefore a joke. What is the point of voting for people whom may have a non exclusive relationship with the truth?

Its funny how we fight to elect rich people to govern our affairs, when for the most part they have no understanding of the average Bahamian struggle. Complete lunacy!