Coaches Hall of Fame: Greene to be inducted 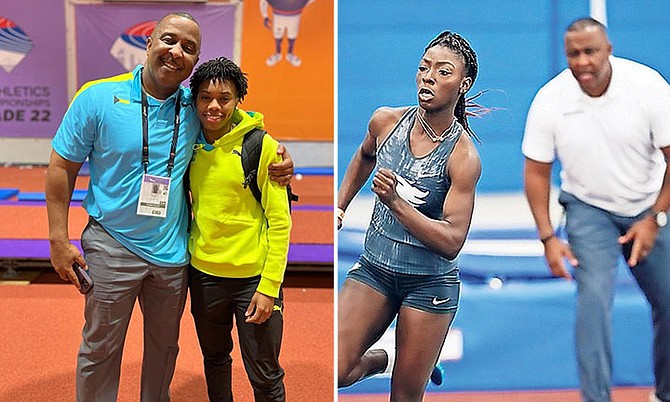 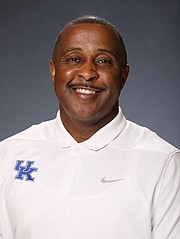 There’s a saying that it’s better late than never. For Bahamian Rolando “Lonnie” Greene, it couldn’t be any better as he looks forward to his induction into the Drake Relays Coaches Hall of Fame.

Greene, who has coached athletes at both Purdue and Kentucky universities to more than 34 championship titles, will be enshrined on Thursday, April 28 at the Courtside Club in the Shivers Basketball Practice Facility on the Drake campus.

He will go in with three-time Olympian Jenny Simpson, who also captured a gold medal in the 1,500 metres at the 2011 World Championships, Aubrey Herring, a seven-time NCAA All-American hurdler from Indiana State, as she will be inducted into the Drake Relays Athletes Hall of Fame.

Greene, who is in his fourth season as head of the track and field and cross-country programmes at Kentucky after six seasons coaching the men’s and women’s teams at Purdue, will be the 89th inductee into the Coaches Hall of Fame.

“Anytime you’re invited to be enshrined into an organisation or something that is way before you and you are included in it forever, it’s a blessing,” Greene said.

“You get into this business not to be inducted into the Hall of Fame, but just to be a blessing to someone else.

“So for someone to recognise you for your efforts, it’s mind blowing. I can’t wait for that day to come. I don’t know if I would cry. But I am very honoured that they have selected me to be honoured.”

While this is his first induction, Greene said it’s definitely “better late than before” because he remembers how his boss at Arkansas, Lance Harter, was blessed to be enshrined in quite a few inductions, he always told him not to stop looking yet because your time is coming.”

The 55-year-old Greene is a former Bahamian versatile track athlete at Murray State. He has been coaching for more than 20 years, but noted that this honour is something that he will be able to tell his children’s children long after he’s completed his tenure in the sport.

Greene will become the first Kentucky coach to be inducted and the third who coached at Purdue, following Dave Rankin in 1995 and Mike Poehlein in 1998.

The 34 relays titles under Greene’s tutelage all have come in a seven-year period starting in 2013, his first season at Purdue. He took the Kentucky job in the summer of 2018 and brought an outstanding group of athletes to the 2019 Drake Relays, the Wildcats’ first appearance in the meet since 1988.

They made quite a splash.

“I have viewed coach Greene as a role model since I was a teenager,” Boldon said. “In addition to his many coaching accolades, he is one of the most personable coaches in the country and Drake Relays fans are always excited to watch his athletes perform.”

Kentucky’s Faith Ross became just the third runner and first since 2004 to sweep the university-college 100 hurdles and 400 hurdles and was voted the Outstanding Performer in the women’s division.

The Wildcats also swept the men’s and women’s 4x200 relays. With All-American Abby Steiner anchoring the women’s team, a Greene-coached foursome prevailed in that event for the fourth straight year. His Purdue teams won the women’s 4x200 in 2016-17-18.

The Kentucky women placed third in the team standings, matching the best finish in programme history. “We’ve been having a good year. We were third at the NCAAs Indoor Championships as a team on the women’s side,” Greene said. “It’s the first national trophy that I’ve ever won as a Bahamian head coach. “I think it’s the first time that a Bahamian has ever won a trophy, but I think we have a big shot to make a run at the title. Drake is our last regular season meet and then we enter into what I call championship cycle. We have SEC and then Nationals, so our goal right now is just to keep everybody healthy.”

Greene’s Kentucky athletes also have won nine Southeastern Conference indoor championships, including three by Steiner in the 200, and five outdoor titles. Steiner won the indoor 200 this year in a blazing 22.09, the fastest in US history, the fastest in the world this year and the second-fastest ever, trailing only the 21.87 run in 1993 by Merlene Ottey, a member of the Drake Relays Athletes Hall of Fame.

The Boilermakers also won six Big Ten women’s relay titles during his tenure. He was the Big Ten women’s indoor coach of the year in 2017 and guided Purdue to the women’s conference outdoor championship later that year. His women’s team finished eighth at the 2018 NCAA Outdoor Championships, the school’s highest finish ever.

At the Drake Relays in 2018, his Purdue athletes orchestrated one of the greatest performances ever at the meet by winning 11 events, including seven during the Saturday session.

The Purdue women won the 4x100, 4x200, 4x400 and sprint medley relays -- setting a meet record of 3:28.42 in the 4x400 -- and captured the Hy-Vee Cup. The Boilermakers also got victories from Brionna Thomas in the 200, Savannah Roberson in the 100 hurdles, Janae Moffitt in the high jump and Micaela Hazelwood in the discus.

On the men’s side, Justin Veteto won the university-college 110 hurdles, freshman Rahman Minor won the high jump and Purdue won the 4x200. With the victories by Veteto and Roberson, Purdue became the first school to sweep the high hurdles races.

In all, Purdue athletes won 28 Drake Relays titles under Greene, including consecutive victories in the women’s university-college 400 hurdles (2016 and 2017) by Symone Black. Black had a chance to become the first to win the event three times, but chose to run in the Invitational 400 hurdles in 2018. She finished seventh in 57.24, a time that would have won the collegiate race by 1 ½ seconds.

Prior to Purdue and Kentucky, Greene spent 16 seasons with the women’s programme at Arkansas, eventually becoming associate head coach in charge of sprints, hurdles, horizontal jumps and multi-events from 2000-12. He was named the national assistant coach of the year in 2004.

In April, Greene got his second opportunity to travel as a coach on the Bahamas national team when he went to Belgrade, Serbia for the World Athletics’ Indoor Championships when his protégé Devynne Charlton clinched the silver in the women’s 100m hurdles and Shaunae Miller-Uibo claimed the gold in the women’s 400m.

“To see how Devynne performed, I was proud as a peacock,” said Greene, who previously served as an assistant coach for the NACAC team in San Antonio in 2000. “I was not only proud to serve the Bahamas, but to be there to see one of my athletes perform so well. In my mind, it was a long time coming. I hope to do it again.”

With Drake Relays being what he called an “athletes’-friendly meet,” Greene said he makes it a point every year to take his team there to compete, not as an option, but as an executive decision to prepare them for the “championship cycle.”

While Greene’s induction ceremony will take place on Thursday, members of his Kentucky’s track team will be in action on Friday and Saturday, along with a few other Bahamian collegiate and elite athletes.