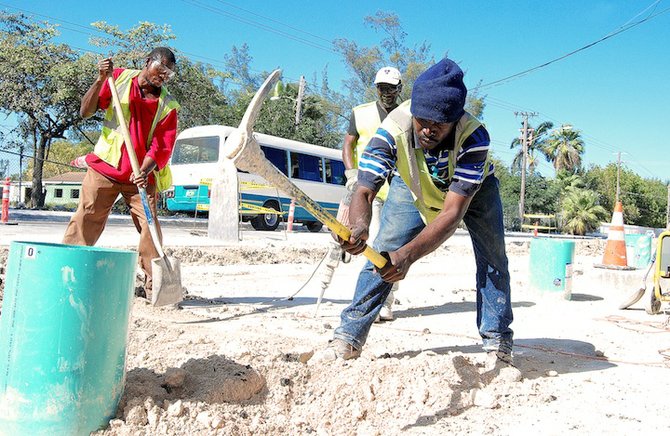 PLP parliamentarians hit out at flaws in road improvement project

BUSINESS owners in Prince Charles Drive have got together to get the government’s assistance in providing some form of compensation for their losses as a result of the New Providence Road Improvement Project.

THE completion date for the New Providence Infrastruture Improvement Project has been pushed back once again, Deputy Prime Minister and Minister of Works Phillp Brave Davis said yesterday.

PRIME Minister Perry Christie said the government is still considering how it can assist individuals and businesses negatively impacted by the New Providence Infrastructure Improvement Project.