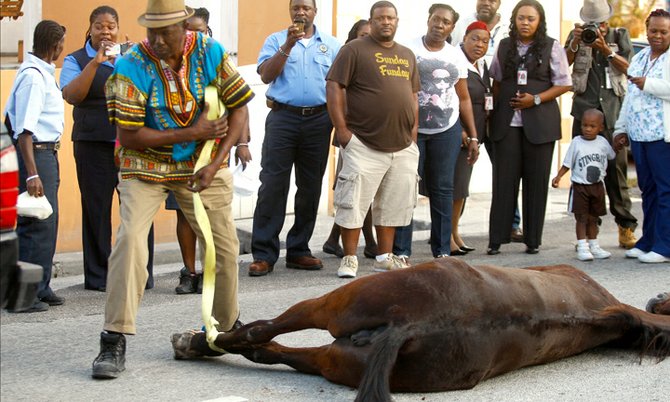 THE Bahamas Humane Society is prepared to take legal action against surrey operators who fail to comply with the Animal Protection and Control Act, the organisation’s president announced yesterday.

AS the online petition against the abuse of surrey horses in the Bahamas approached its target of 2,000 signatures last night, animal rights supporters became vocal on the issue.

Horse's death may have been caused by age

VETERINARIAN Kwesi Smith said poor health may not have played a factor in the death of a surrey horse which collapsed in downtown Nassau on Tuesday.

ONLOOKERS watched in horror as a surrey horse, with tourists, collapsed and died on the corner of Dowdeswell and Christie Streets yesterday afternoon.