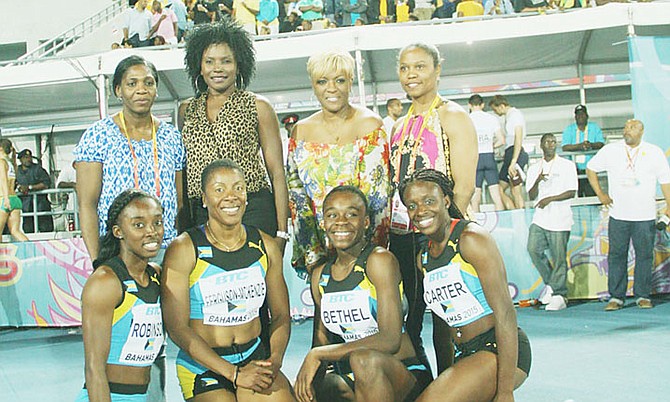 The ‘Golden Girls’ were introduced to the fans during the start of the IAAF/BTC World Relays Bahamas 2015. At the end of the two-day event, they were present to greet some of the new competitors who are expected to carry on their legacy for the Bahamas in the female sprints.