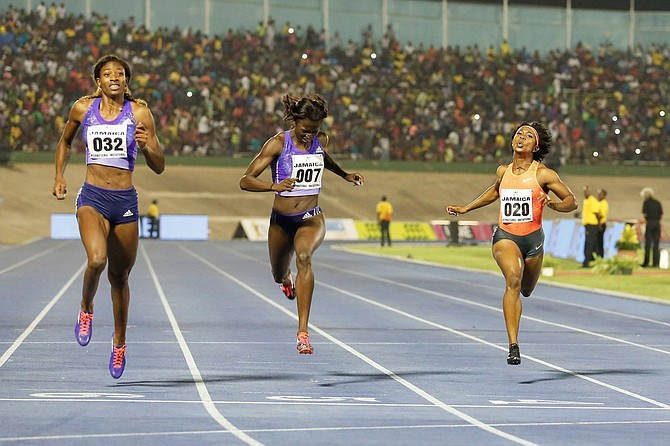 AN HISTORIC RACE: Shown (l-r) are Bahamian Shaunae Miller, American Tori Bowie and Jamaican Shelly-Ann Fraser-Pryce battling it out in the 200 metres during the Jamaica Invitational at the national stadium in Kingston on Saturday, May 9. Miller posted a world-leading time of 22.14 seconds for the victory, erasing ‘Golden Girl’ Debbie Ferguson-McKenzie’s 16-year-old record of 22.19 seconds that she ran in Paris, France, on July 3, 1999.