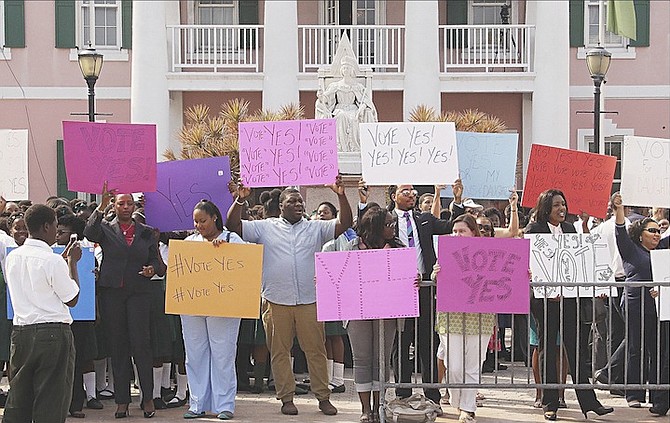 Demonstrators outside the House of Assembly advocating for a yes vote for the four Constitutional Amendment Bills in Parliament. Photo: BIS

IN a “historic” vote, the government’s four Constitutional (Amendment) Bills were passed in the House of Assembly yesterday after a nearly two year delay.