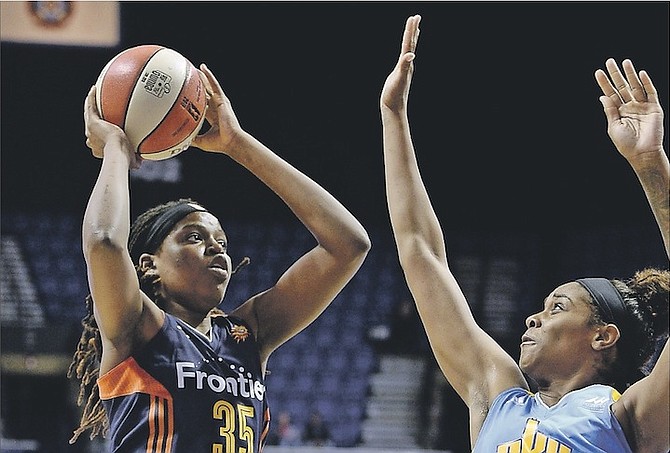 Jonquel Jones said her aim was to provide the Connecticut Sun with rebounding, defence and three-point shooting in her rookie season.