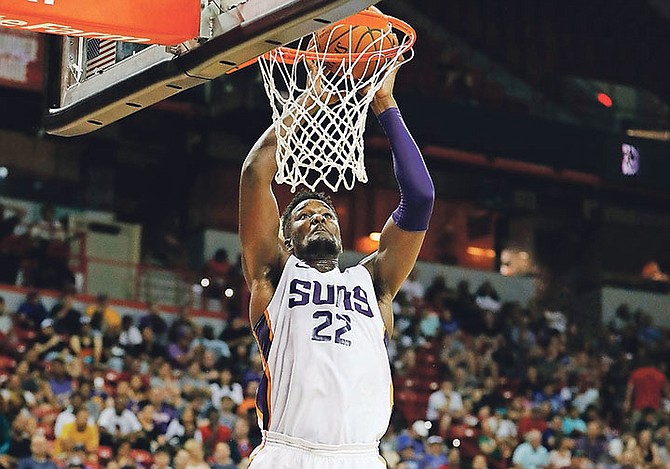 Phoenix Suns’ Deandre Ayton dunks against the Dallas Mavericks during the second half of an NBA summer league basketball game on July 6 in Las Vegas.

Ayton rookie of the year?

DEANDRE Ayton was recognised by his peers and by his new Suns teammates as one of the difference makers in the 2018-19 NBA rookie class.Ayton, the former Arizona Wildcats centre selected No.1 overall by the Phoenix Suns, was considered one of two fro