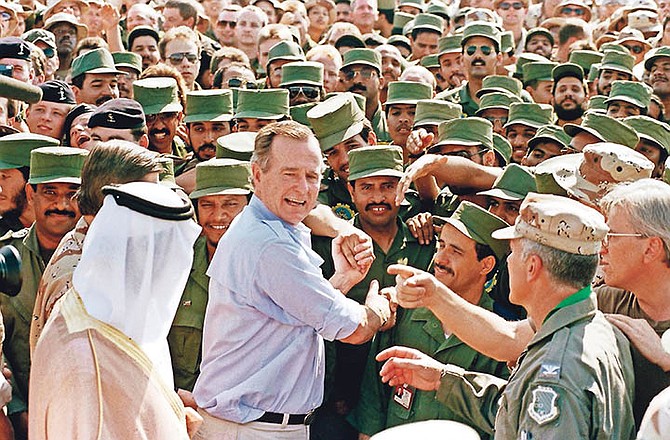 President George H.W. Bush is greeted by Saudi troops and others as he arrives in Dhahran, Saudi Arabia, for a Thanksgiving visit in November, 1990. (AP Photo/J. Scott Applewhite, File)

INSIGHT: A president who delivered a moment to America when anything felt possible

There are many reasons to miss George HW Bush, the 41st President of the United States who died at the weekend. A World War II hero, he later served his country with great distinction in a number of important positions before becoming vice president and then president.