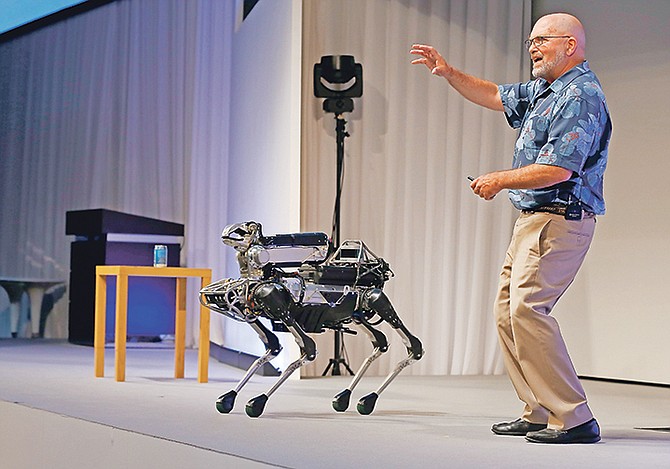 Boston Dynamics chief executive Marc Raibert speaks about his four-legged robot SpotMini during a SoftBank World presentation at a hotel in Tokyo. The robotics company known for its widely shared YouTube videos of nimble, legged robots opening doors or walking through rough terrain is finally preparing to sell some of them after years of research. Raibert said his company will begin selling the dog-like SpotMini robot next year, likely to businesses for use as a camera-equipped security guard. He made the announcement at a TechCrunch robotics conference at University of California, Berkeley. Photo: Shizuo Kambayashi/AP

A robotics company known for its widely shared videos of nimble, legged robots opening doors or walking through rough terrain is preparing to sell some after more than a quarter century of research.