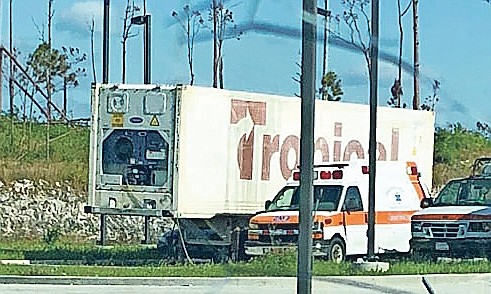 'No degradation of 51 bodies kept in cooler'

HEALTH Minister Dr Duane Sands said the government has released the remains of a few storm victims to their families, however there are about 50 unclaimed bodies in a refrigerated trailer in Abaco.