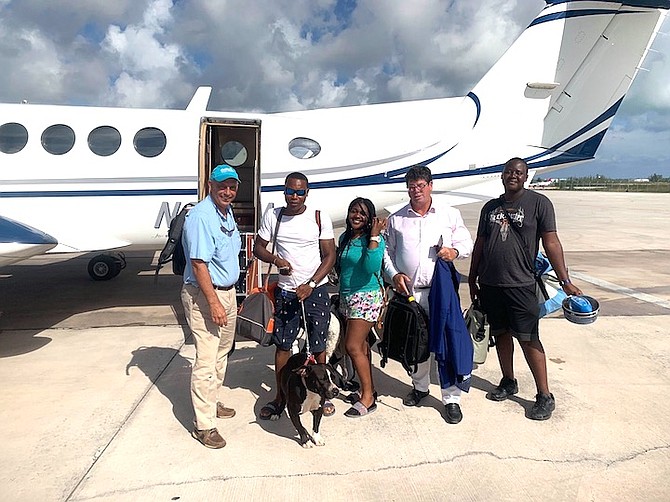 Doug takes this Abaco family and their dog to Nassau on his plane just after Hurricane Dorian.