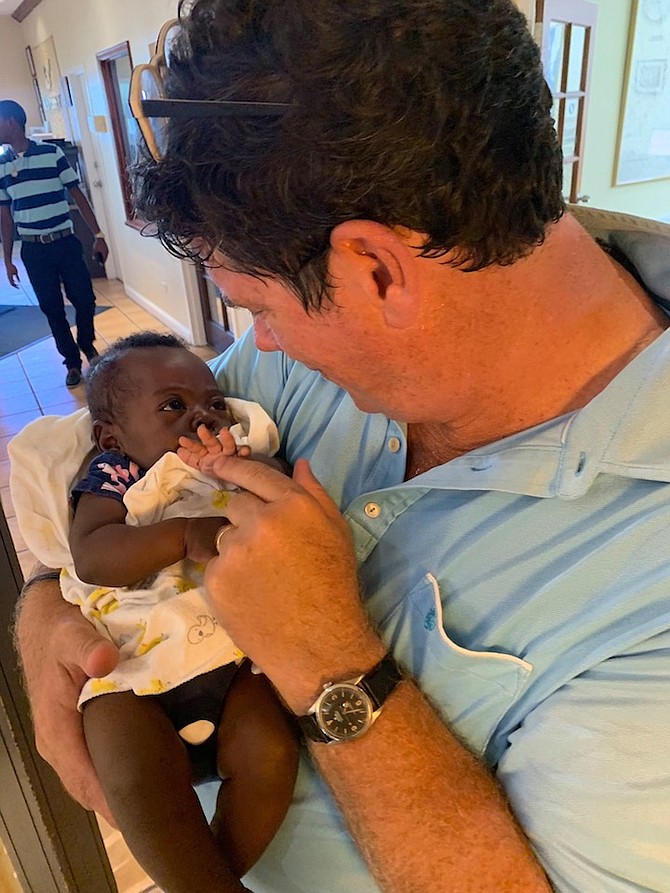 Doug plays with a baby as he listens to residents' stories of devastation in Marsh Harbour.