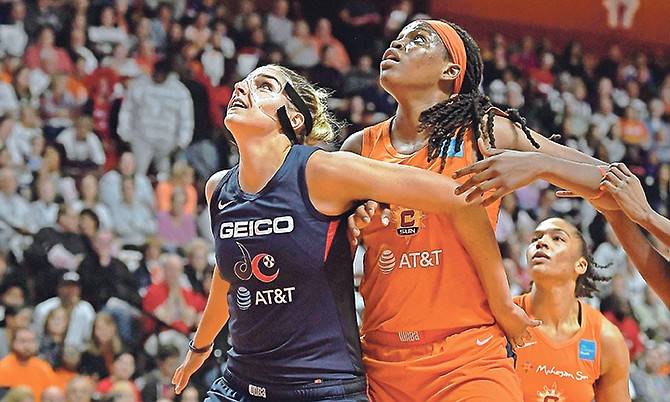 Washington Mystics’ Elena Delle Donne, left, and Connecticut Sun’s Jonquel Jones battle for position under the basket during the first half in Game 3 of the WNBA Finals on Sunday in Uncasville, Connecticut.

Eyes on the prize

In the midst of a heated WNBA Finals series, Jonquel Jones added to her career résumé with more league-wide recognition for her stellar season.