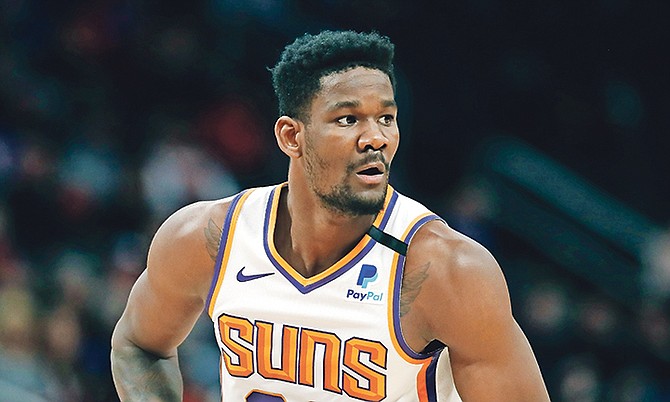 Phoenix Suns centre Deandre Ayton is seen during the first half of a game on February 5 in Detroit. On Saturday against the Nuggets, Ayton grabbed his 1,000th career rebound.

DEANDRE Ayton continues to set franchise records for Phoenix in just his second NBA season.Ayton finished with 28 points, 19 rebounds in the Suns’ 117-108 loss to the Denver Nuggets at the Talking Stick Resort Arena in Phoenix, Arizona, on Saturday n