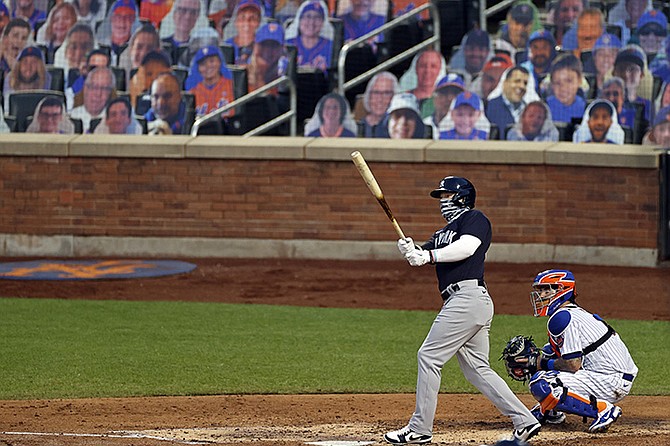 New York Yankees’ Clint Frazier during a training game at the weekend.