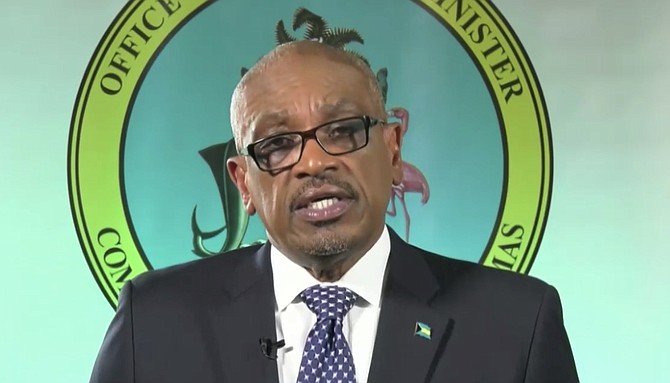 ‘We couldn’t open them all in one go’

PRIME Minister Dr Hubert Minnis said normal commercial activity on islands like Exuma and Eleuthera has not been restarted because officials have to assume that people may have visited those islands and potentially brought COVID-19 to them.

Repatriation flights to resume this week

A WEEK after the government suspended the repatriation flights of Bahamians stuck abroad, Prime Minister Dr Hubert Minnis announced yesterday that those flights will resume this week, allowing Bahamians to return home.

GOVERNMENT officials are considering resuming commercial travel in the country “on or before” July 1, Prime Minister Dr Hubert Minnis announced yesterday as he revealed the government’s long-awaited plans to “gradually” resume domestic travel.

Prime Minister Dr Hubert Minis said we are continuing to make progress in containing the spread of COVID-19, with no new cases for the fourth day in a row.