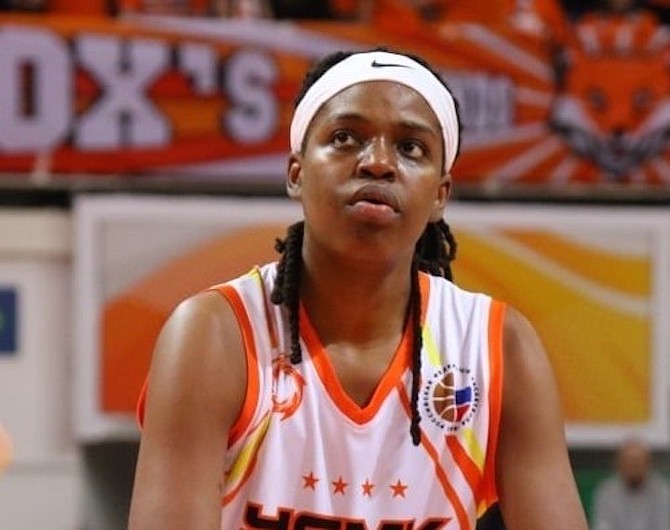 JONQUEL Jones celebrated Tuesday’s new contract announcement with the Connecticut Sun with her most dominant performance on the FIBA EuroLeague Women’s circuit.

GRAND Bahamian Jonquel Jones had another terrific game, but it wasn’t enough as Bosnia and Herzegovina ended their run at the FIBA Women’s EuroBasket in the quarterfinals on Tuesday in Strasbourg, France.

JONQUEL Jones and her UMMC Ekaterinburg Foxes won their second title in as many weeks on the European basketball circuit.

Jones and Foxes advance to the FIBA EuroLeague Quarters

JONQUEL Jones and her UMMC Ekaterinburg Foxes advanced to the FIBA EuroLeague Quarterfinals with another dominant performance as group play resumed this week.

In Russia, Jonquel and Foxes dominate

JONQUEL Jones and her UMMC Ekaterinburg Foxes returned to Russian Premier League play and continued their dominance after an undefeated run in the first round of the FIBA EuroLeague group stage.

FOLLOWING a break in competition for national team play at the FIBA Eurobasket 2021 Qualifiers, Jonquel Jones and her UMMC Ekaterinburg Foxes began FIBA Euroleague play this week and continued their dominance in the region.

After she opted out of the 2020 WNBA season, Jonquel Jones made her official return to the basketball court this week in the Russian Women’s Basketball Premier League.