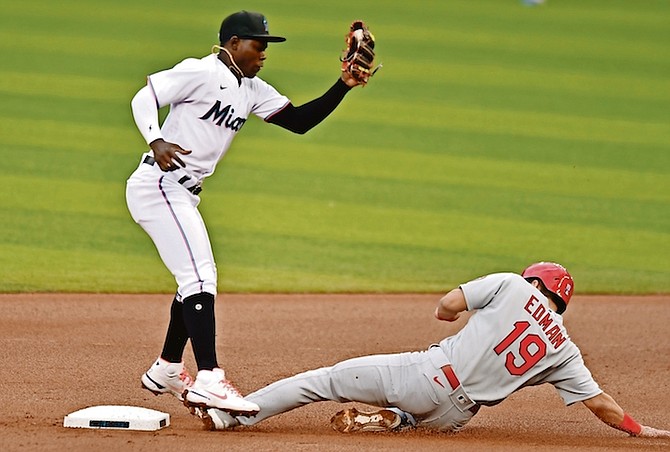 ON THE REPLAY: St Louis Cardinals’ Tommy Edman (19) steals second base as Miami Marlins second baseman Jasrado “Jazz” Chisholm gets the throw during the first inning yesterday in Miami. Chisholm, who doubled for Miami’s only extra-base hit, had a bases-loaded sacrifice fly.

Cardinals rally past ‘Jazz’ and Marlins 4-2